Data collection has become an integral part of how many pipelines and systems of information and analysis function. When data is collected in its different forms though, it tends to be jumbled up and can make very little sense for the end-users like business analysts and data scientists. This is where data engineers come in.

The concept of engineering revolves around designing and building things in ways that make them most efficient for everyday use. The work of data engineers is to organize the pipelines which will transform and transport data in an organized stable manner. The pipeline that data engineers make usually organizes data from many sources and organizes them into a central source of information.

What does a data engineer do?

What a data engineer does depends on where they are placed exactly and what your company will need from them. The spectrum of duties varies from storing, extracting, validating, transforming, and aggregating data through different processes. They may have to build the data pipelines and provide ways and platforms for you to store data. They may also be the watchmen to analyze data and ensure that it is collected and stored in a manner that complies with data governance rules and regulations.

With data engineering, you can be able to analyze the best option to take in terms of the pros and cons of data storage options.  This will depend on whether your data is key or value-based and if the relationship between your data is simple or complex. Also, can the data you need to collect be processed on its own, or will you need other data sets for it all to make sense?

Data projects have tended to fail in the past due to a lack of reliable data infrastructures to manipulate the data received. It was therefore not considered a reliable source for making executive business decisions. This continues to change over time with the help of data engineers who have changed the game by making data easier to manipulate and interpret.

The collaboration between data engineering and data science:

The field of data engineering is heavily intertwined with that of data science. As the digital renaissance period began and more businesses were shifting to the online spaces, it became evident that it was necessary to make sense of the data. Data science then became a necessary field. However, as we mentioned earlier, the data was still a little too complicated and webbed to detangle and make complete sense of.

That is when it became necessary to provide a means of organization that would streamline the work of the data scientists.  Data scientists could not effectively handle both roles of organizing and analyzing the data effectively especially as the volume and complexity of data continue to increase.

When it comes to skill acquisition, data scientists will more often be highly skilled in math, statistics, and machine learning techniques. Data engineers on the other hand will be more equipped in SQL, MySQL, NoSQL, cloud tech, and frameworks related to the same.

It is still difficult for many people and companies to differentiate between data scientists and data engineers. If you are looking to hire a data engineer for your company or would like to be one, you will often find that some of their basic skills may inter lap with one another.

The fundamental thing to look for in data engineering is someone who is equipped with the necessary skill sets and understanding of components like open frameworks, distributed systems, and analytics to help create a pipeline that cleans and assembles data effectively. 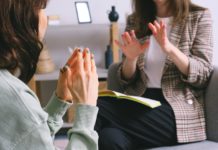 3 Simple Ways to Stay on Top of Upcoming Client Appointments The Truth About the Eagle Finance Morehead Ky Industry 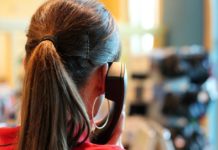 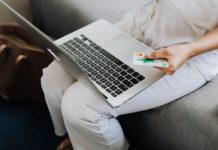 How a DTC eCommerce Consultant Can Help Build Your Brand