iOS is designed by Apple as an operating system specifically for mobile devices. Apple has released many updated and upgraded tools and technologies for developers to facilitate the development of native iOS apps.

iOS is an influential superpower in the smartphone market and it has built its reputation for its superior performance, sleek design, and robust protection.This popularity has caught the attention of iOS programmers.

According to Backlinko, nearly one billion consumers use the iPhone, which accounts for 65% of smartphone sales in the United States. The Apple Store is the 2nd most popular mobile app store with more than 2 million apps in the Apple Store.

Here are some of the best iOS development tools that savvy iPhone app developers use to build their apps. These technologies help develop flexible, secure, and efficient iPhone apps with stunning UI / UX styles licensed from the Apple Store and released in one step. This is why companies consistently hire iOS developers.

It is all about developing iOS apps and tools and APIs that you need to build using the iOS SDK. According to Apple, Swift is 2.6 times faster than Objective C, so it makes sense to learn and master Swift.

It is a programming language that helps you introduce a real project with iOS so you can quickly apply your innovative skills with real experience. You can learn the latest version of Swift which makes programming possible and helps you build better iOS applications.

Objective C is the native programming language used to develop Apple’s iOS and Mac OS X operating systems and related applications. It is a quick, concise reference for beginners. The know-how of Objective C helps you be a better programmer and to design and implement new systems and maintain old systems more effectively.

Objective-C has a large iOS user base and a significant increase in the number of Mac OS X users. Apple puts quality first, so it’s perfect for anyone just starting to learn Objective-C.

Editors and IDEs for iOS development

IDE is an integrated development environment. Although Xcode is the original IDE initiated by Apple, there are several other options that can be used for iOS development. It’s a good idea to use Xcode first, but it’s worth getting to know others if you’re trying or experimenting with something new.

Xcode is an Integrated Development Environment (IDE) used to build Swift applications that provide a high level of dialogue for the timely and cost-effective development of powerful iOS applications. Xcode helps in creating and building applications for iPhone, Apple TV, iPad, Mac, and Apple Watch.

Xcode is a reliable tool that ensures the efficiency of the application development process. XCode includes the Xcode IDE compiler, Swift, Objective-C, instrument analyzers, simulators, various SDKs, and many other advanced features.

This is another powerful tool used by iOS app developers to build complex apps with the support of 23 programming languages. It is an effective, lightweight, and highly versatile tool to debug codes.

AppCode is another IDE to develop iOS apps and also supports a variety of programming languages such as Objective-C, Swift, and C / C ++ and is compatible with several web technologies like XML, CSS, HTML, and JavaScript. Many of the features AppCode offers developers save time by automating routine tasks, identifying and fixing errors, leveraging the intelligent support of the IDE, and improving overall productivity.

Some of the main features of the IDE are:

• Reliable review and detailed analysis of the code

Some of the best libraries for iOS development:

A tool widely used by iOS developers which constitutes a massive library for asynchronous programming to assist developers to build amazing and user-friendly iOS apps that interact seamlessly with their data.

CocoaPods is one of the most comprehensive project programs with more than 59,000 libraries and is used by more than 3 million apps. With this library, you can extend your mobile app development project.

This is the official library of documentation for Apple developers, especially for those who are programming in Objective-C. Foundation Framework allows you to access libraries, data types, and operating system services that define the functionality of the base layer of the mobile application.

Alamofire is a complete HTTP network library for Swift. To give a few examples, the library covers things like:

Trend Cocoa Pods represent the most used libraries in Cocoa.

Designed for developers writing in Swift instead of Objective-C. Topics included in the Swift library recommended by Apple developers:

In many cases, it is much easier to watch someone doing something than to read it. YouTube enables visual learning and is a fantastic platform to refer to tutorials and video-based learnings. Here are some of the best development tutorials with iOS.

Ben Johnson has a 25-piece iOS development playlist. Some of the best videos are about things like:

• How to create a new project

• Design and build interfaces in storyboards

• Edit the header to create a custom category

The videos explain very well how to do things with screen recording and audio recording.

The ITx lectures at Stanford University show the lectures taken by a teacher in a class. They are mainly tutorials and programming explanations. You need the knowledge of basic object-oriented programming and these tutorials are quite informative for novice developers. Most of the content focuses on app development with Swift.

Applyzer can help you track the order of apps in the App Store. This allows developers to sign up for an account, integrate app IDs, and track iTunes ratings for apps. Editor tools provide keyword search options to help developers track keywords used in in-app content and results.

One of the best tools for running various tests on Apple products – semi-finished or completed iOS apps, as well as sample apps. Third-party users help developers evaluate the effectiveness of iPhone application design and development. Using this app, you can run tests on up to 30 devices with up to 25 team members each.

After gaining approval from Apple according to the App Store review guidelines, you can send an invitation to around 10,000 users to download the trial version. You can divide testers into custom groups, send specific builds to each group, run A / B tests, and compare feature responses.

It’s not too flashy, and it doesn’t get updated often. It is strongly recommended for those who read blogs and learn a lot. For iOS developers, it’s a good resource for both advanced and basic features.

The Ray Wenderlich website has over 3000 tutorials related to iOS and Swift. To access the tutorial, all you have to do is download the source code and customize your profile which can help you easily track your progress. The site also has an excellent network of discussions in the open forums and you can contribute too.

NS Hipster has eight shareholders and it helps in covering the neglected areas in Objective-C, Cocoa, and Swift. Therefore, it is intended for advanced and experienced developers and gives you different programmers’ perspectives instead of seeing the same perspective. It is updated regularly. 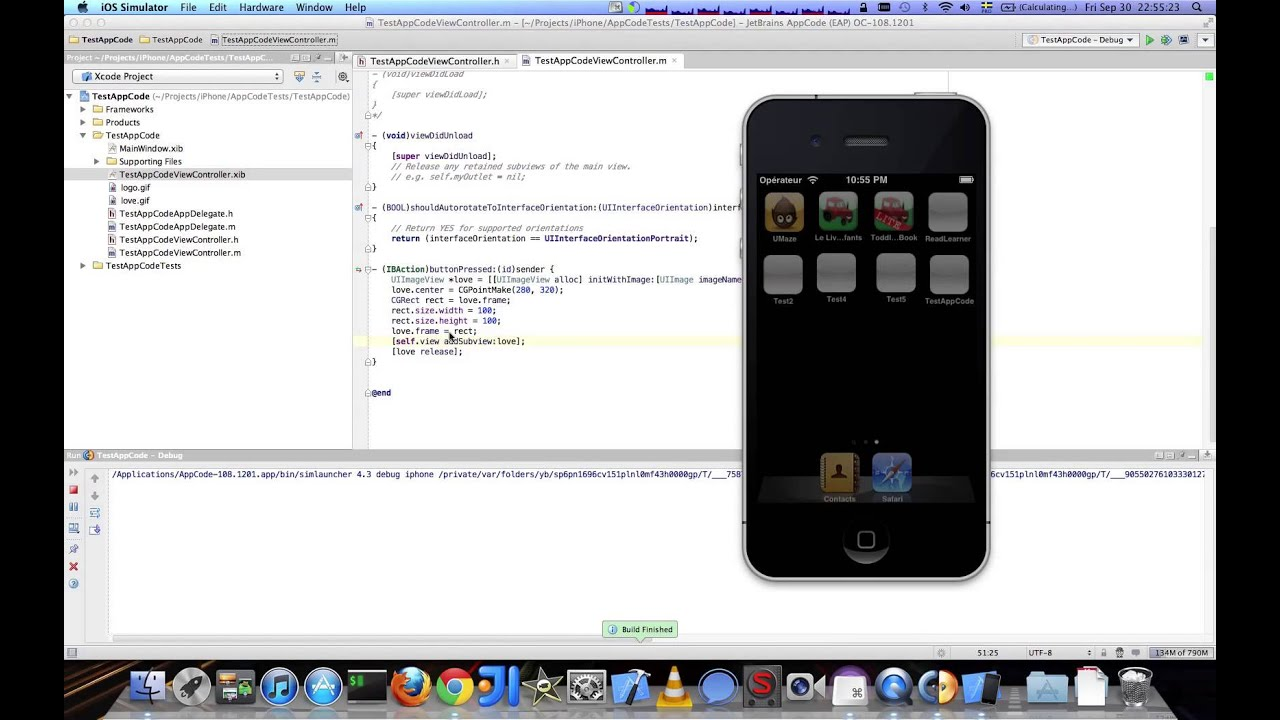 IOS mobile app development tools help developers to learn, develop, master, and optimize iOS apps. There are certainly more resources that you can include but the above-mentioned iOS development tools are the ones that will best suit your needs.

Before you pick any, you must hire iOS developers after considering various factors like features, budget, reviews, and goals. With a variety of tools and resources, life will be a lot easier. Finally, you can improve the quality of your app by simplifying the development process and using the tools in this list.