Only after you’ve been home brewing for a few years do you realize that the 6 myths about brewing keep you from growing. Maybe it was an article in The Economist, or maybe it was your neighbor who’s always the one with the most elaborate setup and had to brew his stout with honey water, but either way those 6 myths start to slip into your head. It might seem like they’re true, but they’re not. You’ll just need to understand what is necessary for great coffee and tea oolong brewing temperature, and how that has nothing to do with any of those crazy ideas floating around in your head. This is only one example of why these 6 myths could be a bad thing – there are countless others out there.

1. Homemade Coffee is Better (or your grandma’s recipe is the best)

One of the most famous and most repeated myths is that “home brewed coffee is better than coffee you buy at the shop.”  People will argue with each other about this one, saying that their local coffee shop sucks, or that their grandparent’s coffee wasn’t so hot, or whatever. Or they’ll say it without any context – as a way to make themselves sound like people who know their way around coffee. (In either case, don’t believe everything you read on the internet. ) The truth is that coffee is coffee, and there are many ways to make it. Sure, your homemade coffee is going to be great – and so will the stuff you buy at the shop.

It’s all about what you’re looking for in a cup of coffee; if you don’t want anything but the best roast, best packaging, and highest quality beans, then the shops aren’t going to be up to snuff. But if you’re satisfied with something decent that tastes good every once in a while when you feel like having a cup, then it can be perfectly acceptable to buy your coffee simply because it’s convenient…and why waste money on expensive equipment?

2. The Hottest Water is the Best

There are two things you really need to know about water temperature. One, it’s not that much different from room temperature – the hotter you get it, the more bitter it will taste. And two, there is no secret to getting a “perfect cup of coffee” – even with all the latest scientific breakthroughs in water quality, people are still making great coffee with whatever they have at their disposal.

One way people justify this myth is by saying that pouring boiling water onto coffee grounds results in bitterness, and they would rather have a brew that doesn’t taste bitter. Again, this one has no basis in fact. The other end of the spectrum is the person who thinks that cold water is the best – they’ll go to great lengths to keep it at whatever temperature they care most about. Again, there’s no real reason behind this other than convenient brewing methods and personal preference.

This commonly refers to a coffee that has been roasted by burning just beans on a barbeque or campfire and then mixing them together with the grounds, resulting in coffee with a flavor similar to coffee beans rather than ground coffees. A lot of people who brew with this method will talk about “smell” more than anything else a coffee has to offer. Yes, it’s a nice flavor for most people, but there are amazing coffees out there that don’t have any sort of particular smell – and those that do don’t really taste like anything other than their own flavors. The bottom line is this – if you’re trying to duplicate something you’ve had before but can’t remember the name of, then brewing something from scratch may not be your best option, but if you want to make coffee taste like something else, go right ahead.

Some people believe that “fresh roasted coffee is better than roasted coffee. ” This refers to coffee that has been ground and is only a few hours old. It’s simply not true. If your coffee has been roasted and stored at the right temperature, it will stay fresh for a long time – sometimes up to a month after roasting. Some people do like freshly roasted coffee, but there’s no real benefit to it other than the taste (which isn’t necessarily better) that comes from brewing with ground beans.

5. You Should Buy Special Equipment

One of the most annoying myths is that you need special equipment to make “good” coffee . This myth usually comes from people who live in areas with specialty shops whose only job is to sell fancy stuff for brewing coffee, but it’s pointless. Coffee gear boils down to a few things: a kettle, a grinder, and some sort of brewing device.

6. Brewing Methods Are More Important Than the Coffee Beans

Again, this myth comes from people who are trying to sell things. They’ll tell you that the only way you can get good coffee is by using their equipment and going through their steps. It’s really not true, though – if you’re getting beans from anywhere other than your local roaster or grocery store, then there should be no problem with how you brew them.

There are a lot of other myths out there that don’t really have any impact on your coffee, but these myths do. A lot of people make coffee in ways that won’t bring them the results they want. A big part of brewing coffee is the taste, but a lot of the taste has to do with what you’re used to and what you’re expecting. If you get used to bitterness when it’s hot, or if you only like your coffee to be very strong or very weak, then there are some things you might want to consider as far as how you make it. 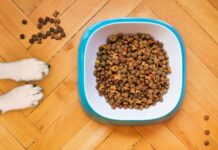 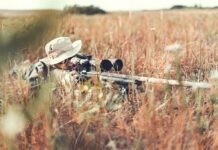 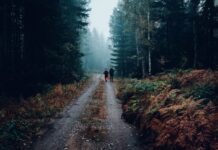